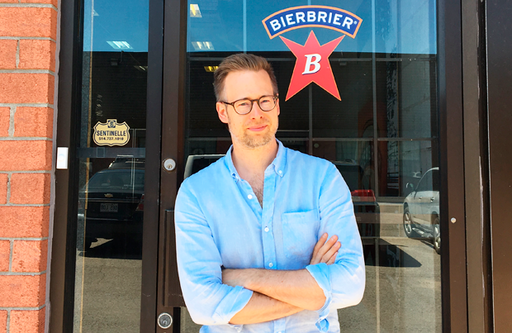 Charles Bierbrier founded his brewery in Montreal in late 2005. Some might say that he was destined to brew beer. His last name, Bierbrier (pronounced Beer-Briar), derives from the German word literally meaning “beer brewer”. This is in fact what the family did generations ago in Europe.

When Charles’ great-grandfather arrived in Canada at the turn of the 20th century, he used his knowledge of the beer industry to open a liquor wholesale store which grew into a chain called The Canada Liquor Stores. This came to an end in 1921, when the government nationalized all the liquor stores within the province of Quebec. That was until Charles Bierbrier picked up where they had left off, with the founding of his new beer company.

If anyone understands what great beer should taste like, Bierbrier certainly does. One could say that Charles had beer flowing in his blood from an early age. It was destined to be. After years of perfecting recipes as an avid home-brewer, Charles Bierbrier decided it was time to bring his beer to market.

Bierbrier initially launched his flagship Bierbrier Premium Ale, and had an immediate following within some of Montreal’s most sought after restaurants. Celebrity chef-owners of these hip establishments started to spread the word among their peers, and the beer started appearing in more and more bars and restaurants throughout the city.

After several years, the brewery was growing at such a fast pace, a second beer was added to the portfolio. Bierbrier Pilsner Lager was launched in the summer of 2009, to the delight of loyal Bierbrier customers.

Always engaged in the community, sponsoring events, and supporting the arts, music, great food and worthwhile causes, Bierbrier gained a reputation for quality and excellence in the industry.

In the spring of 2019,  a strategic decision was made to exit the domestic beer market.